Here are the top 10 reasons why I feel I may have been in the Tokyo sauna a bit too long.

10 -> I can sit patiently for 20 minutes while the person across from me formulates an answer to my question.

09 -> I will carry garbage around in my briefcase for days until I find the appropriate bin.

08 -> I find myself annoyed by foreigners, especially Americans. They talk too loud and excessively, and point at others with their fingers…just as I used to.

07 -> When making a purchase, I feel the obsession to minimize the number of coins I end up with.

06 -> My eyes now appropriately glaze over with detachment as I ride the train. When I get off an hour later, I can’t remember a single one of the faces that had been sitting across from me. However, I will spot every small object dropped behind by others and quickly alert them.

05 -> I feel acute guilt when I wear shoes in my own apartment, even with no one else around.

04 -> I can now expertly impart social guilt upon a violator of social mores by by staring past them with a barely detectable expression of scorn.

03 -> I can ride my bicycle while talking on my phone and holding an umbrella.

02 -> I simply smile and shrug whenever I lose my wallet and happily await its return without the slightest worry.

01 -> Yesterday, while walking pass a barber standing in the doorway of his shop, I became acutely aware of my bald head, bowed and apologized. No kidding. 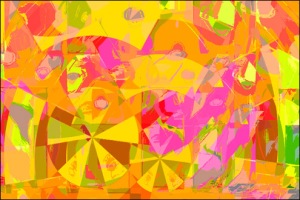 So I’m dancing in at a club in central Tokyo the other day, minding my own undulating, when I notice a noisy Japanese wedding party walk in. All the bridesmaids fill splendid yellow dresses, while the bride is in cute lacy white. They are all merrily downing one champagne glass after another when suddenly the bride runs out to the dance floor, throws her arms over my shoulders, and plants the loveliest of kisses on my lips.

I’m slightly confused, but feeling quite accommodating, I respond with a passionate tilt. It was intended to be wholly congratulatory, but I admittedly may have gotten carried away. When I come up for air, I realize that a chaotic flock of screaming yellow bridesmaids is frantically prying and tugging in a desperate attempt to disentangle us.
END_OF_DOCUMENT_TOKEN_TO_BE_REPLACED

Here I sit a bar called A971 in the middle of tokyo at 3:15 in the morning at one of the four public computers they have here. I spent most of the day grading tests, but around 7:30 pm, I headed to Super Deluxe to watch my buddy Q do his voo-funkin’-doo with a band called The Conductors. There was a whole lot of rocking the bootie boat for 2 hours with the most excellent funk band in Tokyo at the helm. During the intermission I chatted with persons from Ireland, New Zealand, Romania, England, The Philippines and Japan on topics ranging from art to philosophy.

I then stopped by Heartland bar where I’ll have my art exhibit next week featuring nude photos of my buddy Justin and his pretty friend, and chatted with a few friends there.

From there I headed over to A971 where I met several interesting girls, then had some enjoyable conversations with 3 Swiss guys, a couple American guys, 2 British guys, an older Japanese adventurer, and 3 Indian guys as we all viewed and flirted with the softer attractions.
END_OF_DOCUMENT_TOKEN_TO_BE_REPLACED

Japanese women appear to have a hormone that is activated immediately after their first child. All interest and affection that had been previously focused on the husband is suddenly shifted towards the infant. The marriage bed is transformed into a nursery, and the husband must sneak quietly into his own home to sleep on the couch after a 14-hour day at the office. This continues until the day the child moves out of the house at age 45, one day before the wife leaves for her European vacation and husband returns home to find an empty house and a petition for divorce on the kitchen table.

But if children become husbands, what then becomes children?
END_OF_DOCUMENT_TOKEN_TO_BE_REPLACED

The club is throbbing with excitement, and the two giggling girls sitting across the table from us look absolutely delicious this Tokyo summer evening. Regrettably, I have not the Japanese skills nor the competitiveness that Tom has. As he expertly begins to dismantle the defenses of the girl across from him, I awkwardly test the English of the pretty mouth opposite me. No luck. She then tests my Japanese. I hesitate, lean forward, then to the shock and dismay of Tom, begin to kiss her moist and willing lips.

He had been told that Japanese girls tend to drag their feet a bit on relationships, but this one…three months and she had moved in with him! He had introduced her to nearly all of his friends without hearing a single word of disapproval. Only her husband really seemed to mind.

This was a real situation in Tokyo circa 2004.