I‘ve recently been asked to list the books that have been most influential to me. That’s a tough request. Most of you know that the Bible used to be the book on which I based my life. When I finally rejected the Bible as divine or even remotely inline with truth, I determined to approach every book I read with a heavy dose of skepticism.

Reading critically is essential. I can’t recall any books that I would consider to be pivotal in the progression of my thinking. It was a slow but steady evolution.

While I prune my library regularly, below are 2 lists of significant books still shelved in my library. The first is a list of books I’ve read, and the second is a list of books I hope to read soon. While I’ve been spending about 4 hours a day listening to educational podcasts, there’s nothing like sitting down with a cup of coffee and a good book.

END_OF_DOCUMENT_TOKEN_TO_BE_REPLACED 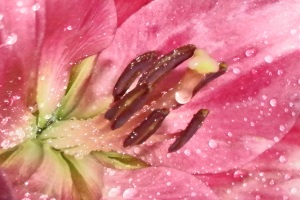 First a disclaimer. I have an eccentric personality to a notable degree. This post may not apply to you. It is my enjoyment of risk, my lack of envy, my passion to learn, and a yearning for change that all converge into the extreme dilettantism I am promoting here.

END_OF_DOCUMENT_TOKEN_TO_BE_REPLACED

I don’t have a television, so while many of my friends are home on a Thursday night watching shows such as House, I’m usually out meeting people. Last night I met a fun and interesting girl named Lisa who told me she was an actress. Later in the evening that she mentioned her role on the set of House. The funny thing is that, in spite of hearing much about the show, I have never seen an episode, so I didn’t recognize her celebrity.

I think I’ll run out and buy me a television now. Just kidding. I’ll save that for the day I can’t drag myself out to meet real people.
END_OF_DOCUMENT_TOKEN_TO_BE_REPLACED

My Tokyo lifestyle is a bit odd these days.

I‘ve always had a thing for cats. The cat in the photo on the left was taken in Hong Kong as it dashed out to me in hopes of affection or food. I’m a sucker for such innocence and helplessness.

However, not all cats are quite so innocent. Especially the cats here in Tokyo. While American cats will hiss a warning at you even before you spot them, Tokyo cats seem to be more full of game. They’ll lay purring on their backs looking like they’re welcoming a petting, then suddenly lunge and sink their teeth into your approaching hand. These are often the cats you see strolling along the streets of Tokyo in fluffy white coats as if they own the place.

I once observed a Japanese Chihuahua that had cornered such a cat, yapping away as if it had accomplished something. A moment later it was squealing in pain with a shredded ear as it vanished down the street. I swear the cat was grinning sadistically as she licked the blood from her pretty paw.

Here are a few tips about Tokyo cats based on my experience.

END_OF_DOCUMENT_TOKEN_TO_BE_REPLACED 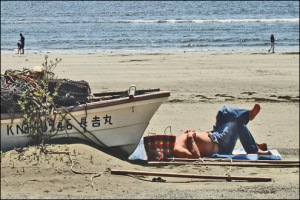 When you’re my age, nothing much excites you. You’re perpetually keeping a lazy eye out for some new thing that will rock your world, yet even things most unusual feel familiar. 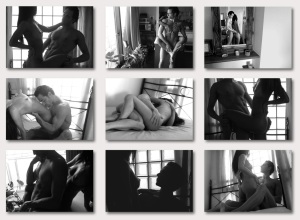 Enjoy art? Beginning February 1st, I’m having an art exhibit for the full month of February at Heartland Bar in Roppongi Hills, located in downtown Tokyo. Because Valentine’s Day is drawing nigh, the theme is romance/intimacy, and includes the photos on the right. If you’d like to stop by some evening, contact me at philstilwell(at)yahoo(dot)com a day ahead of time, and I’ll see if I can meet you there. If you’re lucky, you might maybe you’ll even meet the models! I’m having a party at Heartland Bar for my friends on Saturday, February 7 starting at 19:00. It will give you a chance to see the photos and chat with many interesting people. For my photo art, check out seductivemist.com. Cheers, Phil

Postscript: Over 60 guests attended the party on the 7th. It was a great time! The exhibit was extended from 2 weeks to 6 weeks due to its popularity. Now it’s time to think of a new project…”

from synapse to byte
Create a free website or blog at WordPress.com.