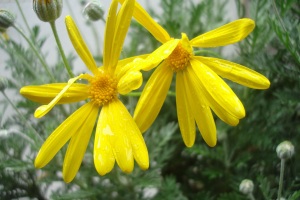 Language is a product of convention.

You may be a “bad ass” at argumentation, but your assertion of the same may not get the reception you expect from an Ethiopian donkey breeder.

The community of minds that employs a given word has the final say on the definition of the word. You can invoke a dictionary all you want, but unless your audience understands the word you are using in the same way you understand it, communication will fail. Dictionary editors are not referencing some objective meaning of the word when they write definitions, but are rather attempting to list denotations of the word that are currently active in the population that speaks the language. For this reason, dictionaries must be regularly updated.

The etymologies and evolution of many words are interesting to explore. These include “blazer”, “queer”, “passion”, “computer”, “suffer”, and “gay”. As culture and technology changes, words often drift to a point quite distant from their origins. If your cultural exposure differs significantly from that of your audience, your words may fail to inform.

It is therefore up to the speaker to employ the language of his audience instead of expecting the audience to adopt his or her private nomenclature. If there is a term that more effectively conveys a complicated concept than does other terms, that term can be, and sometimes ought to be, taught to your audience. However, the muddied and bloated nomenclatures found especially in academia serve as a salient warning of the dangers of prolific word coinage.

Due to this subjective nature of definitions, it is important to clarify exactly what you mean when you talk about words such as “spirit”, “love”, “god”, “morality”, and “reality”. Adding stipulations is often necessary. It will often require compromise in order to settle upon a term that captures all the essential connotations necessary for the discussion.

So instead of invoking the dictionary to “prove” that a word has a particular meaning, defer to the definition of your audience, and add stipulations or introduce other words as necessary.

Within days of having posted the above, I got into a discussion with a Youtube user named “simple477”. I suggested I was an atheist since I did not believe in a god (as opposed to believing there is no god). He responded…

What a delightful example of semantic thuggery. To this I replied…

Contemplate the absurdity of christians calling themselves “believers”. (Has there ever been a mind that did not believe something?) Yet you won’t find me complaining. They can choose their own tags.

They also call others “unbelievers”;﻿ i.e., defining them by what they are not. You’ll at least need to play by your own rules.

Here is what I actually believe about possible gods.

The Abrahamic god is illogical, a personal god is improbable, and a Einsteinian god is not certain.

Try packing that into a simple tag.